Call of Juarez: Bound in Blood among other things was certainly a game, and while not the longest, that doesn’t mean that us clearing it is insignificant. since we so rarely manage to find the time to stream these days. Thoughts on what we’ll play next are currently pretty scattered, but we do have some solid options. First up though, some stream archives for Bound in Blood which was absolutely a video game made by a record number of dudes named Pawel. 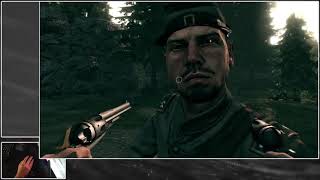 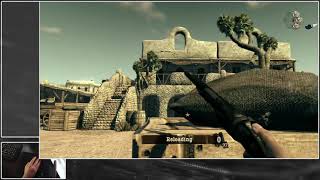 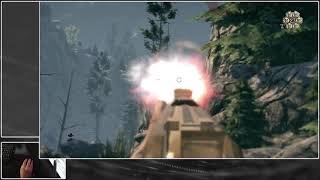 So like I said above, we have a number of decent options we can turn to for streams. The one I’m considering the most heavily is a return to my SaGa playthrough and start back up with Romancing SaGa 3, at it is actually now in English and on PC even. I don’t think it’d be a great idea for me to revisit Romancing SaGa 2 just yet, but that is still on the menu as well.

Another potential is to hold off on returning to SaGa and play a tangentially related JRPG like Octopath Traveler. I’ve played a bit of it and it’s quite neat. I like what they did with the visuals and everything, so I feel like it’d be a good game to stream and try to get my RPG feet back under me, as I haven’t streamed one for some time.

Some other shorter options are also probably a good idea, like attempting to go back to Gunman Chronicles and finish that playthrough up, or doing the same for Shadow Warrior 2 which I kind of gave up on for no reason that I can remember.

Or there’s always trying something completely different that I haven’t touched yet, like Alien Isolation which is a good game by all accounts. We could honestly kind of do anything, so I’ll have to figure out what by next weekend.

And lastly, the archive is still chugging along as I get the time to update it. Next thing to go in will be my Shadow Warrior run. The remake, that is.