So we finally managed to update the archive with a bunch of new series, and we streamed a small horror game for Halloween. All in all, a pretty good weekend.

No one lives under the lighthouse 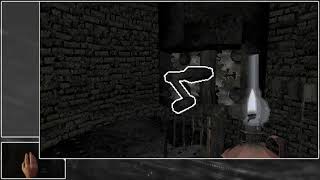 A pretty fun game overall, and I didn’t even finish it 100%. Nor will I. Not planning to specifically 100% the game, but it does seem like it has a lot to it so I recommend picking it up for like, $7 or whatever it costs.

On to the archive though, pretty large-scale update just went in. Dead Island makes an appearance, with all of its jank. Also we did it mostly co-op with Log and Krisper. Then, we also got Mark of the Ninja and all those stealthy good times. It’s an actual good game, though sadly some audio tech issues happened in the early streams. And lastly we delve back into the even more classic streams with Legend of Zelda: Wind Waker. I’m still not a fan of Zelda games, but whatever.

All in all, a pretty productive time for the site and the stream. We’re getting closer to starting the massive project that is archiving all of the drunk streams, but we’ll get there when we do eventually.