If no streams are online, please check them out below. 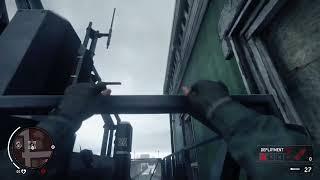 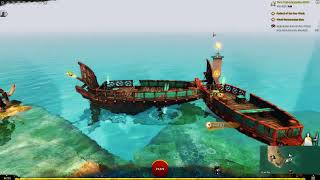 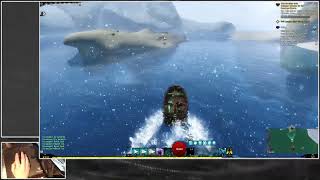 Went ahead and made a new stream overlay.

Wasn't feeling the handcam for every single stream, so as seen in my latest Homefront stream, I modified my overlay to basically be non-existent except for when an alert or chat message triggers. Or a random set of "sponsor" messages, but more like just dumb things I thought were funny. It's a nicer setup for streams, I think.

As of this post, there are 174 more Saturday/Drunk streams still to go through and get added to the archive. I also have about 98 specials (like birthdays and other one-offs including 24 hour streams), and then another 24 unsorted streams that I need to parse through and see what to do with them. It may seem like a lot, but I'm making it through.

We're not doing too bad. Still about a decade of content to get through, and that's not including stuff like the random specials, birthday streams, or 24 hour streams. A lot to get through here, but we're making it.

So it's obviously been a number of months since kuoushi's last stream, as well as since the last time an update has been posted here on the old blog. Time to remedy that a bit with a small update!

Basically, had a second kid so that slowed everything down. Just think of Vin Diesel saying family a few times and you're on the same page.

With that news now out of the way, on to site related stuff!

Drunk Streams Returning to the Archive!

Ever since the fall of Viddler, drunk streams haven't been something we could go back and re-watch for a long time. I'm remedying that now, but I have to watch through each drunk stream before getting it into the archive and some of these are absolutely rough. They will be offensive, and they probably won't be that entertaining by my current lofty standards of comedy even. I mostly only suggest them as an educational look back into what awful people we were back in the day. Or at least me, I was pretty stupid.

Don't worry, though, the more modern drunk streams with a much higher standard of humor will come in eventually. I just chose to start at the beginning and work my way up from there. There are like 430 or so different drunk or Saturday streams, so it's a lot to get through. Aside from the RoboCop stream anyway. I put that one in the archive in its entirety with no cuts whatsoever. Still the most effort stream I've ever done, which is saying a lot about the quality of the rest of my streams.

After drunk streams, I'll move on to getting things like the various specials and birthday streams up, though I might make an exception and go through to get a number of the 24 hour streams up sooner rather than later for no real reason other than to put them up.

A Return to Streaming and Doing it Live?

Uncertain when at this point, but it's still a thing I'm wanting to do. I'd like to get a schedule back up and going, but with two kids that'll be a bit tough. It's on my radar, as always. Don't give up too much hope. Or do, I'm not your dad.